At some point today you have very likely turned to Google to ask a question and get some help. Google is a tricky beast to master, however. Sometimes things go as planned. If I search “pizza” I see images, restaurants and caloric information (ouch!).

A search for “fitness trainer in Melbourne” then shows me a list of all the people who can help me work off those pizza slices. Nothing surprising.

Google processes billions of searches per day. Do they always get it right? Does google know everything?

Google has a sense of humour

While most of the 100 billion searches per month are treated very seriously by Google, some simply aren’t. Google tends to leave these in the search results but some may no longer work. They’re still funny for historical purposes. 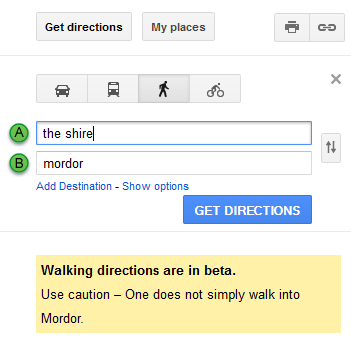 It is suggested to always read the directions before starting a project such as kayaking the Pacific.

Google can just be confused

Sometimes it’s not so much that Google is taking a humorous path. Humans are strange and sometimes ask questions that aren’t logical, so Google returns illogical answers or the “best available” answer.

Also, if website owners do not format their websites in a way Google can read, strange results may occur. Here are just a few we’ve accumulated over the years: The religion of Google?

One of the potentially dangerous issues for a very public company like Google is that everyone can see their mistakes (until they’ve been fixed).

A huge mistake seen last year in the SERPs was the use of one religion’s material over another’s as the basis for an “answer” to a question. Similarly, a question about “what happened to the dinosaurs” (commonly asked by children, perhaps?) returned a possibly controversial answer: Not all was lost, though. If you wanted to find meaning in your life, the geeky humour came back and Google very clearly answered your simple question. Sorry, Google, that’s the meaning of finding, not … never mind.

Google can answer our basic queries very well, but if you ask it if dinosaurs were colour blind, prepare for the answer to be imperfect. And never forget content: